17 Tips on Dating a Chinese Girl 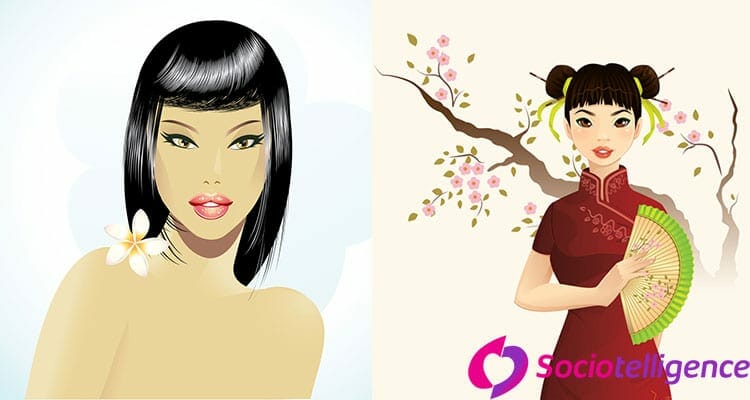 Are you a foreigner traveling or working in China, whose dating pool is now limited only to Chinese girls for a while?

Are you interested in a Chinese girl in your class, neighborhood, or place of work?

Then you’re in the right place!

This article will help you understand the unique strategies for dating Chinese women.

Dating Chinese women does not have to be as complicated as algebra; you just need to have a good idea of the dos and don’ts.

So let’s get into it.

The#1 WayTo Get Them Into Bed WITHOUT Pickup Lines Or Tricks... 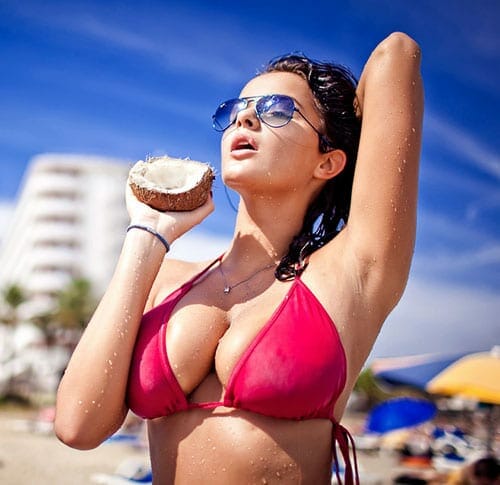 Dating a Chinese Girl – The Dos

Let’s get started with the dos… 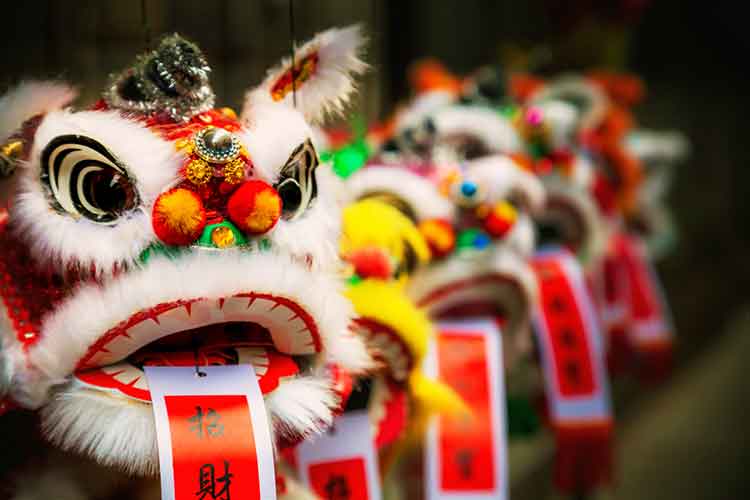 This might just be the winning piece that will seal your chances of getting a date with a Chinese girl.

Chinese girls who haven’t lived away from home are usually not open to foreigners.

So it’s natural for them to treat you with suspicion initially.

A good place to start is learning about Chinese cuisine.

Chinese women love to talk about their foods and how they are made.

On a lighter note, you may also develop a fast taste for tea as you may have to drink quite a lot of it to get into that Chinese woman’s heart.

2) Do get along with her family

So their family’s opinions of you are going to matter in the long run.

You can learn the traditional Chinese greetings for the elderly to endear the elder family members to you.

Respect is an important part of the Chinese culture and they will love you for this.

If you’re just looking for a loose fling, maybe you shouldn’t bother to embark on the move of dating a Chinese woman in the first place.

The fact that dating was not an original aspect of Chinese culture means the Chinese woman normally expects a dating relationship to progress to marriage.

So, she will be analyzing your suitability for that purpose.

This doesn’t mean there are no fun-loving Chinese women but just be upfront about your real intentions from the outset.

Keeping a good reputation is very important to the Chinese.

A Chinese woman who has been involved in a public scandal usually has a hard time in the community she lives so they try to avoid such scenarios as much as possible.

As a foreigner, you might get away with some shabby behaviors but if it will rub off on the Chinese woman you have your eyes on, she is likely going to avoid you.

A Chinese woman wants a man she can proudly show off to her friends and family. 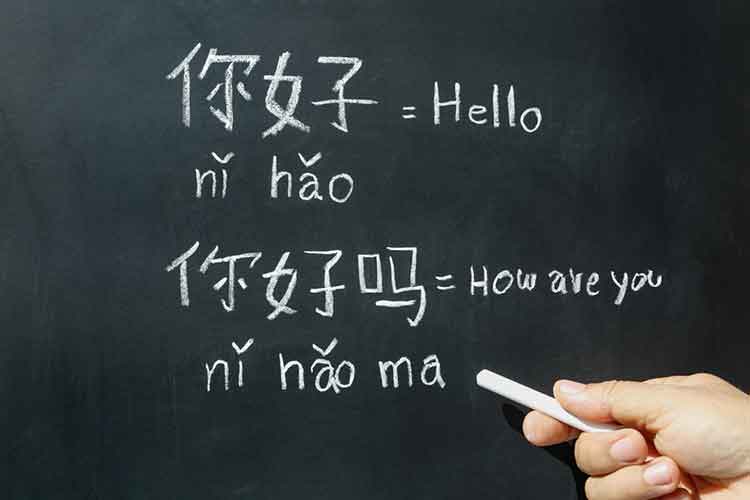 You might be able to find many bilingual Chinese women in the mainland but they still love to converse mainly in their language.

You don’t have to be perfect in speaking Chinese as the effort alone would be pleasing to her.

She could even offer to teach you the language, providing a better opportunity for you to bond.

It’s common for foreign men to believe that women from oriental cultures such as the Chinese are naturally submissive and shy.

This is just a stereotype that the media spreads and is untrue in most cases.

You should ask engaging questions on your date.

Your questions should show a personal interest in her life, career, and family.

Make sure you listen to her.

True love doesn’t cost a thing but the love language of every woman differs according to her backgrounds.

For Chinese women, they tend to connect a man’s generosity to the idea of him being responsible.

It doesn’t have to be expensive gifts.

You don’t have to break a bank to please her.

She would value even the smallest gifts if they reflect your thoughtfulness towards her.

How to INSTANTLY attract ANY woman in less than a minute... Now to the don’ts, there are many deal-breakers when it comes to dating Chinese women, but let’s focus on the major ones that could get you butted out the fastest.

A Chinese woman expects a man to pick up the bills while on a date. So you should not ask her to go Dutch with you.

She might just pay half of the bill, but she will never go on a second date with you.

Also, ensure you choose an affordable restaurant within your budget, and you can be open about what you can pay for.

As in every culture, some women have their eyes on clinching a rich guy, but many more are merely looking for genuine love.

If she truly likes you, what you can afford won’t matter to her.

2) Don’t start a debate on politics

No matter how liberal or free-minded you think you are, it would be hard for you and a Chinese woman to be on the same page when it comes to political matters.

Remember, she was brought up in a society where Communism has been the norm for years and she will most definitely find your democratic view on politics strange.

Avoid discussing politics with her by all means.

If she initiates a political discussion with you, stay on the safe side by allowing her to lead the conversation without asking any leading questions.

China and Japan have been age-long rivals.

So, you should not venture into such an area if you want to date a Chinese woman successfully.

You may think it’s a good idea to discuss why China is better than Japan.

But stop! It will not end well.

The very mention of the word, Japan, is a bad trigger.

4) Don’t believe you are the same as the Chinese

It’s normal for everyone to look for acceptance especially in long-term relationships but you will have to accept that you will always remain an outsider.

This doesn’t mean they have set out to be negative about you, it’s more about ingrained values.

It will always be Chinese first, followed by Europeans and other white-skin nationalities.

Only a few Chinese women will consider dating a black man.

5) Don’t keep your shoes on

The Chinese are very particular when it comes to hygiene and they won’t entertain you wearing your shoes into their home.

You should follow suit immediately your date removes her shoes upon entering her home.

It will cut out a funny scenario for the grandmother in the home to chase you out with a broom.

You may not be given a second chance to prove yourself worthy of their daughter.

6) Don’t talk about dislike for kids

An average Chinese woman is interested in getting married and raising a family.

She might not want more than one kid though, due to the previous popular government mandatory policy.

So you should be open to having kids in the long term.

Chinese women are not used to a public display of affection.

So, they might feel offended or embarrassed if you insist on doing it especially early on in your relationship.

Even something as simple as holding hands and a peck on the cheek may not be welcomed by her.

Just follow her lead and don’t press for PDA too hard.

8) Don’t try to get down on her too fast

Just like with PDA, many Chinese women don’t like to have casual sex. They will rather have sexual relations within a committed relationship.

However, one cap doesn’t fit all.

You might find a Chinese woman open to having sex after a few dates.

Just make sure not to demand it in a crude way that makes her feel like a call girl.

If she desires you, she will give you clear signals.

9) Don’t lump her with other Chinese women

You should not expect her to behave like every other Chinese woman you’ve met in the past.

Every woman has her distinct qualities and you should admire her for that.

Chinese women are independent and enterprising so you should be open to supporting her dreams and encouraging her to excel.

Chinese women tend to look younger than their age.

You shouldn’t make comments to make her feel like an old cargo. Instead, focus on complimenting her for her beauty and fashion sense. Because Chinese women are quite different from women that live in western cultures, you need to stick to all the tips highlighted above to successfully date them.

If you ignore them, your moves will likely fail before you start.

Just like with dating anybody from a different culture, you should be open to new experiences.

Don’t place your preferences in a box.

You can casually date a few Chinese women before you make your final choice. You can get that Chinese woman of your dreams if you display enough confidence in yourself.

Get out there and make your pick already.